Last week,  Palm Infocenter analyzed several of Palm's "partners in precrime" that were announced by CEO Ed Colligan at the CES 2009 presentation. This week, they discuss another five of the third-party team that Palm is assembling for the launch of their new device. 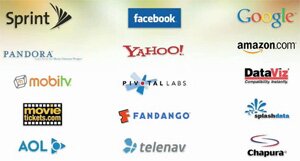 Part two focuses on Yahoo!, Amazon, MobiTV, Pivotal Labs, and Dataviz. Applications are built using familiar web technologies including HTML5, CSS and Javascript. Native C development will not be an option, at least at launch. There will be true multitasking, synergy with all PIM data, and applications will have access to the pop-up notification area for convenience. Below is a summary of the partners covered in this issue: