Palm to boost webOS performance with next update?

Palm to boost webOS performance with next update? 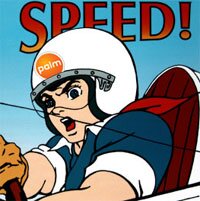 Ben Galbraith and Dion Almaer spoke yesterday in London about changes in webOS, including CSS transformation and performance improvements that should improve multitasking on the Pre and bring it more in line with the iPhone 3GS:

On ease of use, multitasking has been great; UI latency is still an issue even though the hardware is comparable to 3GS. The problem is the path to the GPU didn't exist, but now with CSS transforms, that will be solved in the future.

Some developers already have webOS 1.3.1 in their hands, and are no doubt experiencing the improvements for themselves. As for CSS transformation, it is essentially animation using CSS (examples here). Palm is also apparently considering options for obfuscating code (to give you more control over who can view your source code). Also, assuming Palm's new ATI graphics engineer hire is already being put to work on the Pre's GPU, we should also see OpenGL support in the not-too-distant future, and with it, more engaging 3D games. In terms of priorities, Palm has implied that it's definitely up there:

They’re evolving the platform pragmatically and they feel other things might have more immediate impact, e.g. OpenGL support.

Some predict this will come in the form of WebGL, which is already in the latest version of the webkit. For those interested, Ajaxian has all the highlights from the webOS developer event in London.

Besides speed improvements, what are you most looking forward to in the next version of webOS?