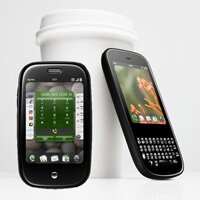 Palm released their latest update to webOS today to Sprint and Bell users, notes Precentral, with the 126MB OTA download bringing the version on the Pre to 1.3.1. New features include:

Many bugfixes and minor feature changes to existing apps have also been included in the update. Check out the full release notes for Sprint and Bell respectively. If you're in Europe fear not, the GSM update is expected by the end of the month.

In addition, the Mojo SDK has also been updated to match, and the anticipated native Facebook App is now available in the App Catalog. Functionality is quite limited right now, but like other platforms, new features are sure to be added for the social networking gurus out there. So far you can:

Many other webOS apps have been added recently to the App Catalog; remember you can keep track via the @PalmNewApps feed.