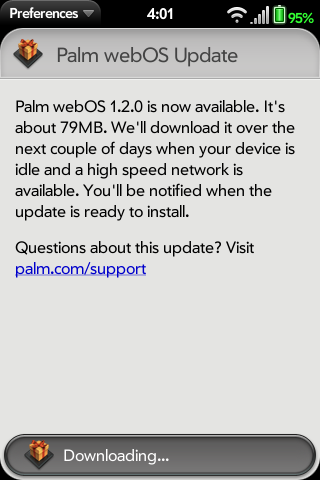 For those worried about future webOS updates inconveniently breaking compatibility with their apps (in the App Catalog), Palm will soon have you covered. Developer Community Manager Chuq Von Rospach writes on webOSdev:

"We are setting up a way for developers with apps in the catalog to have access to upcoming releases of the software to test compatibility of their application. Please drop me an email () with the email addresses of the people you need to have access to the early release and what application you've published and I'll set you up. We're also setting up a private area here on the forums to support this early access."

Other device makers already give early access to updates for developers, so we're happy to see Palm get on the bandwagon. So if you already have an app in the App Catalog and would like to get hooked up with preview builds of webOS, be sure to send off an e-mail to Chuq with your request. It's still unclear though, whether Palm will offer early access to developers distributing via the upcoming web distribution model.

UPDATE: That was fast. reports are in that webOS 1.3.1 is already being distributed to select developers!