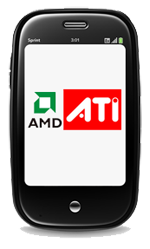 The last time we reported on notable hires at Palm was last month, when Dion Almaer and Ben Galbraith, of Mozilla Developer Tools Lab were recruited to the developer team. Their latest employee, Matthew Tippett will now be working for Palm as the head of Linux kernel development. An Australian native, Tippett served as engineering manager for Linux Core Engineering at AMD/ATI. Matt's work with ATI's Linux graphics drivers was given high praise, notably that he played a "critical role" in bringing the Catalyst drivers for Linux to near-parity with Windows, among other things. He will be moving from Toronto to Sunnyvale, CA to start work on webOS.

With the new engineer on board and recent focus on game development, will Palm start putting the capabilities of the Pre's GPU to work?