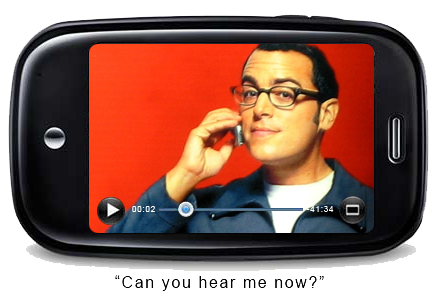 Verizon users looking to get in on the webOS action may have something to look forward to, as a tweet this weekend from Verizon Wireless confirmed that the company would carry the Pre "early next year". This backs up earlier rumors that the company would pick up the device after Sprint's exclusivity period ends. Some less patient users have already hacked the device to run on the big V, although enabling data was an issue. Others are looking to import a GSM version, just released in Europe, for other carriers such as AT&T.

Some may remember the Pre vs. Storm smackdown chart that Verizon put out earlier to actually combat the Pre launch, which will no doubt be quietly filed away in preparation to take on other targets, such as the iPhone. While an Apple partnership was once considered, this is now looking unlikely with the new anti iDevice campaign that they are reportedly gearing up for. Let's just hope "early next year" comes in January rather than later. Does anyone plan on picking up a Pre on Verizon?